Scientists and conservationists worldwide are noticing the positive signs the lockdown is having on marine life. With restaurants and hotels closed, the demand for seafood has plummeted, causing a virtual halt of commercial fishing in many areas. And with the reduction of global freight, less can be transported around the world anyway, leading to a further decrease in demand.

And with less fishing and fewer tourists roaming the beaches, one particular endangered species looks like its fortunes have taken a turn for the better. Leatherback sea turtles, an endangered species, are nesting in greater numbers on beaches from Thailand’s Phuket, to Juno Beach in Florida.

Leatherback turtles are one of the most threatened species in Thailand. Phuket’s leatherback population has seen a steady decline in the last 20 years due to the impact of illegal fishing, and as a popular international destination, the rapid expansion of tourism. Extensive development, waste, and sheer visitor numbers have all taken their toll.

And at Juno Beach in Florida, the most densely nested sea turtle beach in the world, the positive trend is the same. With no people or dogs allowed on beaches, the turtles can nest without their eggs being disturbed. Loggerhead MarineLife Center researchers in Juno Beach have noted a much greater quantity of nests on their monitored beaches.

Always a favorite of divers, the sea turtles fortunes are a plus for all of us. These gentle creatures need to be preserved, and mother nature may have stepped in to help that happen. We’re hopeful we see the same trend here in Puerto Galera, where sea turtles are a highlight of many of our dives at LLV Divers. So common here, they can often be seen on shore dives at the front of our resort.

To see these gentle giants in the wild, join us on a day trip to the spectacular Verde Island, one of the highlights of diving in the Puerto Galera region. With more than 300 species of corals and 1000 marine fish species, you’ll understand why it is known as the “Center of the Center of Marine Biodiversity”. See our diving page for details.

Read more about the positive news at Smithsonian Magazine. 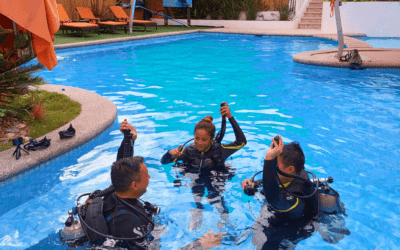 Discover scuba on a brief overnight stay, or become a PADI certified diver by staying only three nights.

With LLV Divers learn to dive & accommodation packages, you’ll save on the courses as you progress. 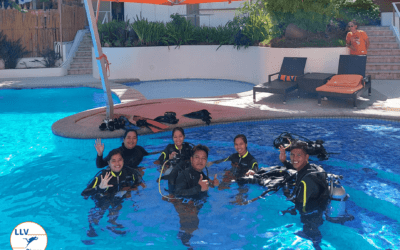 Lalaguna Villas team members from various departments, recently had the opportunity to discover scuba for the first time. With the pool training... 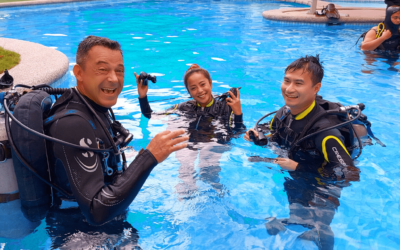 Discover ScubaThe LLV Divers team, including our F&B manager, Jamie, are in the water this morning to introduce our guests and LLV team members...